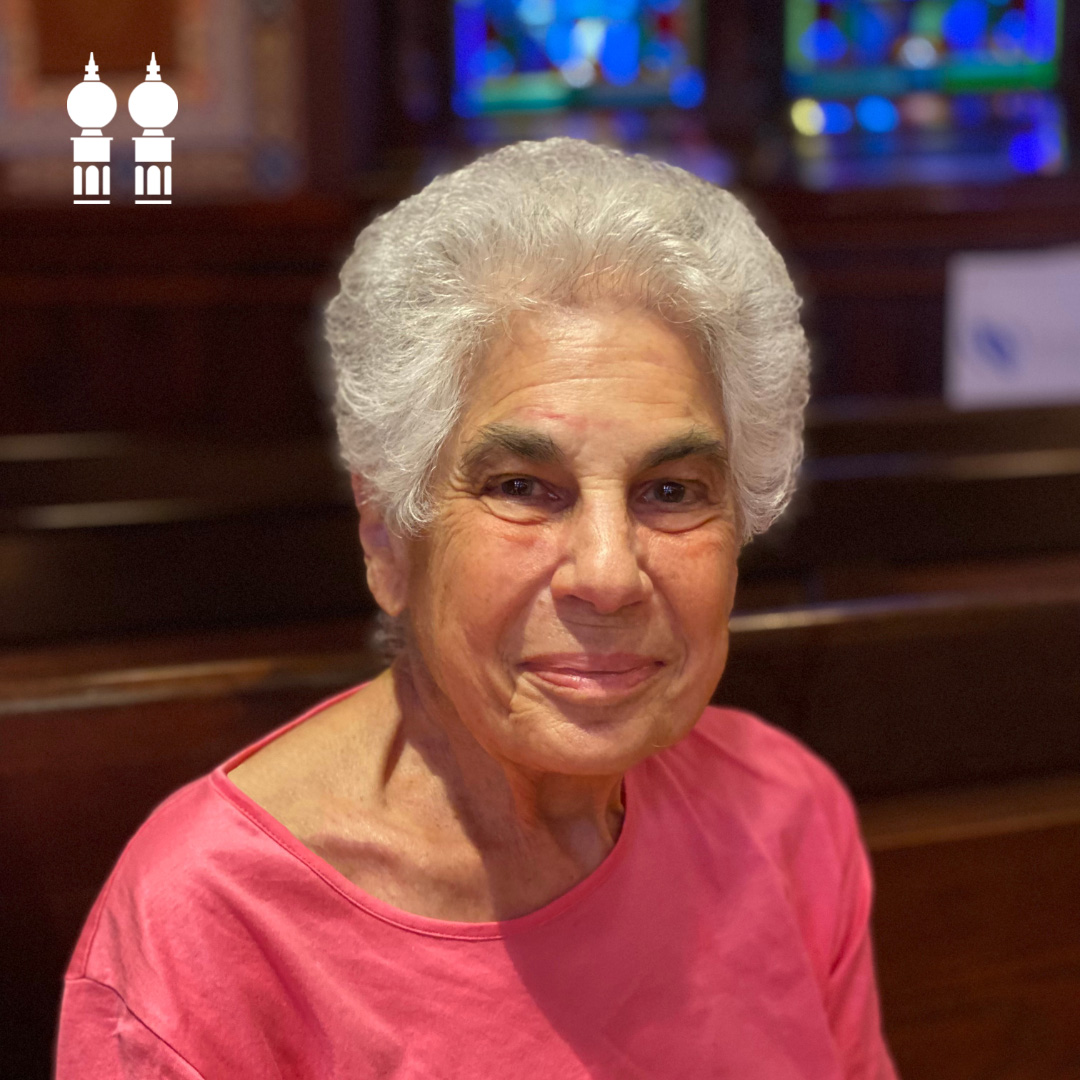 Since the 1990s, congregant Anne Mininberg volunteered as Central Synagogue’s Lead Archivist. Upon her recent retirement from this role – and with the opening of our exhibition “Sacred Space Through Time: Historic Images of Central Synagogue,” which is lovingly dedicated to Anne—we sat down with her to chat about her three decades of tireless work preserving Central’s history.

The following conversation has been edited for length and clarity.

CENTRAL SYNAGOGUE: When did you start working with the Central Archives? Why did you decide to dedicate your time to this work?

ANNE MININBERG: I started to work about 30 years ago under Barry Kugel, who was the Executive Director at that time. I asked Barry if there was something I could do for Central, and he said that a very big help would be to take over the shopping bags and cartons and big messes of the Archives (though I wouldn't call it Archives then, because it was just jumbles). And I said I would try, if he could give me a little budget and a little space.

CENTRAL: Why is it important to preserve Central's history?

ANNE: They are one of the leading Reform congregations and have developed evermore leadership over the years. I think it’s important to be able to provide facts – not discussions, but facts—from the minutes, from the records, etcetera. For example, after the fire in 1998, we could not have rebuilt the Sanctuary without the Archives. It could not have been done.

CENTRAL: What was the role of Central Archives in reconstructing the Sanctuary after the fire?

ANNE: Major! It was essential to the mechanics of restructuring. The Archives provided the drawings and specifications of the building from Henry Fernbach, the architect. There's also the watercolor he made to present to the board, a “If you hire me, it could look like this” picture. So the rebuilding was completely unpolitical. It was based on facts, which is my way of doing business.

Right after the fire happened, the building wasn't fit for anyone except the workers, but of course everybody wanted to see the extent of the damage. We had to wait until it was accessible, then we worked out a tour with a little path that the construction guys made for us. We all wore hard hats, and we could only take a certain number of people. We’d point out the damage and see the progress.

The destruction from the fire was heartbreaking, but it was good to share it with the public because it also became a way to spur fundraising for the restoration. Our congregants could see the damage and understand the construction efforts and what was still needed.

CENTRAL: How did it feel to see the building completely restored and reopened?

ANNE: Fabulous. That was a very joyous day. One of Central's biggest crowds that they ever got. They closed the surrounding streets. It was wonderful. And for Rabbi Peter Rubinstein to lead the congregation in, carrying the Torahs and placing them in the ark, and to have so many congregants filling the streets to see it... oh, it was wonderful.

CENTRAL: How does Central Archives share information with the public?

ANNE: Our tours* are one of our main venues of communication. I started the guides program, because there was a tour being run at the time that was very worn out. It wasn't bad, but there was too much  in there and it wasn’t factually based. I was on the guide team at the Metropolitan Museum for many years, so I have a lot of experience doing very professional-type guiding. I wanted Central guides who were up to snuff, who could give a tour to anybody and stick to the facts without sounding like a quacking encyclopedia. I wanted it to have humanity. Our guides are members, of course, so they have a special connection to Central.

Our monographs are our main way to communicate with the public, because the public obviously does not come into the Archives. The monographs were a great idea because they focus on certain aspects of Central’s history. We had professional researchers and scholars write them, then we selected the appropriate photographs, and finally we had them actually published and sent out to the congregation. Everybody got one. You can find them on our website. They’re very good. We have another one in progress.

CENTRAL: Can you give us a sneak preview of what the new monograph is going to be about? Or is it a surprise?

ANNE: No, I'm not telling you.

ANNE: We think we have a topic and a general plan. But as the research is done, sometimes surprises come out, so I don’t want to speak too soon. The Archives is an infinite resource. And of course, new material comes in every day.

CENTRAL: Do you think having a sense of Central’s history can enrich members’ experience of Central?

ANNE: Infinitely! I think it helps them feel part of a greater whole. It gives them a sense of the leadership that Central has put forth over the years to become such a well-known and influential congregation in the Reform Jewish world. And they want to be part of that dynamism.

In preserving Central’s history for future generations, Anne truly embodies the value of “l’dor vador” (“from generation to generation”). We thank Anne for her extraordinary dedication to sustaining our communal memory.

To learn more about Central’s history and explore resources from the Archives, please visit our website.

* After a pause due to the COVID-19 pandemic, tours will resume for members in Fall 2022. Keep an eye on our “Visiting Central” webpage for future opportunities to tour the Sanctuary with the docents Anne trained. In the interim, Central is open for private tours; please click here to make a request.

Please direct all press inquiries to Central’s Communications Department via email at .(JavaScript must be enabled to view this email address), or phone at (212) 838-5122 x2031.