Home > About Us > Our History > Our Senior Rabbis

Central Synagogue would not be the bastion of Reform Judaism it is without its dedicated leaders, past and present. On this page you can see the faces of our senior rabbis who have led and those who continue to lead our congregation to form our vibrant synagogue community. 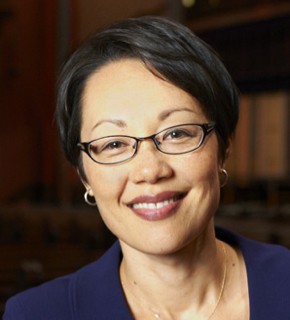 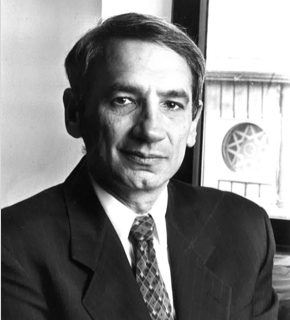 Peter J. Rubinstein served as Central Synagogue’s senior rabbi for 23 years. Under his tenure, Central’s presence grew from that of a local New York City synagogue to one with national and international standing and importance as its membership more than doubled, leading to a limit on membership. Rabbi Rubinstein was responsible for overseeing the reconstruction of Central’s Sanctuary following the major fire of 1998, and his leadership held the congregation together during the fire’s tumultuous aftermath. Rabbi Rubinstein stood arm-in-arm with dignitaries at the Sanctuary’s reconsecration on September 9, 2001, only two days before the attacks of 9/11. 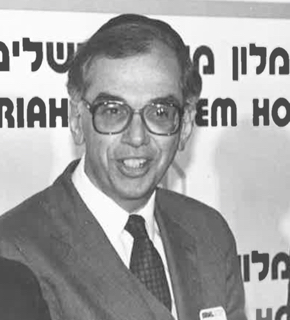 Stanley Davids’ tenure as senior rabbi of Central Synagogue began during Central’s 150th year. His energy and dedication enriched the lives of its congregants. He brought a unique quality and spirit to our services and he instituted adult courses with teachers that dew from our own rabbis and staff as well as outstanding personalities from many fields. 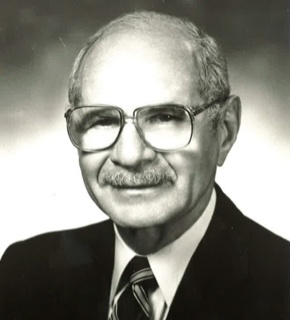 Harold I. Saperstein served as an interim senior rabbi at Central Synagogue following his retirement as rabbi at Temple Emanu-El of Lynbrook on Long Island in 1980. He was president of the New York Board of Rabbis from 1970–1972, and the New York Association of Reform Rabbis. He was a tireless champion in defense of Israel, Soviet Jewry, and social justice in America. 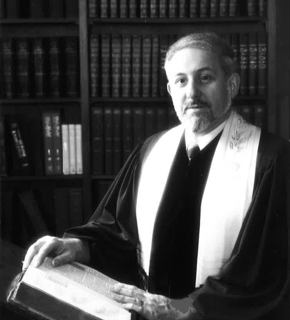 Sheldon Zimmerman’s rabbinate at Central was marked by an extensive program of education for adults as well as children. He instituted a College of Jewish Studies, which attracted many from the community at large. He believed that the synagogue should reach out to the larger community, continuing the interfaith relationship that Rabbis Wise and Seligson had fostered with St. Peters Lutheran Church.

Legacies can be complicated. As we informed our congregation, a recent investigation has confirmed allegations of predatory sexual behavior by Sheldon Zimmerman. We are considering how to present his legacy going forward but take seriously the responsibility to share the information that we now have. For more, please click here. 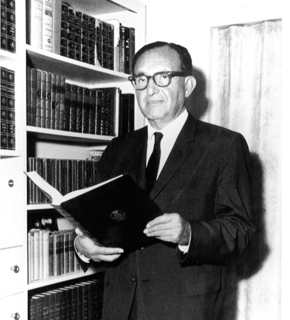 David J. Seligson was ordained in 1933 in the midst of the Great Depression. After enlisting in the U.S. Army and serving with distinction, Rabbi Seligson returned to the United States, whereupon he was invited by Rabbi Jonah B. Wise to become an assistant rabbi at Central Synagogue in 1945. He subsequently became associate rabbi and then, upon Rabbi Wise’s death, rabbi, serving from 1959 until becoming a rabbi emeritus in 1972. 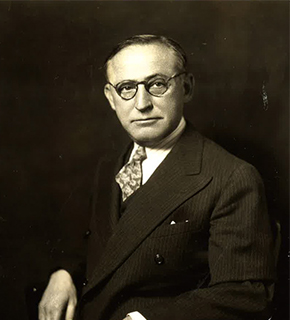 Jonah B. Wise was the son of Isaac Mayer Wise, founder and architect of American Reform Judaism. His influence on the Jewish community as well as his labors on behalf of the general welfare endeared him to people of all faiths. He reached beyond the synagogue to answer the challenges confronting Jewish people everywhere. He went to Germany in 1933, two months after Hitler came to power, and reported prophetically that Continental Jews were doomed. Rabbi Wise has been credited as the most important single individual responsible for raising humanitarian relief funds that came from America throughout WWII. 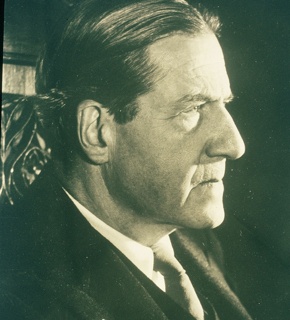 Stephen S. Wise was born in Budapest and came to the United States when he was 17 months old. His rabbinate was marked as a religious leader concerned deeply for the welfare of the larger community as “the conscience of the state.” During his two-year tenure at Central Synagogue, he oversaw a well-intentioned, but short-lived merger between Central Synagogue and the Free Synagogue (now known as the Stephen Wise Free Synagogue in New York City). In 1922, Rabbi Wise founded the Jewish Institute of Religion, which merged with Hebrew Union College in 1948. 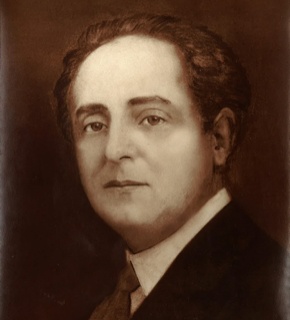 Nathan Krass became rabbi of the congregation in 1918, the year in which the combined synagogues of Ahawath Chesed and Shaar Hashomayim became known as Central Synagogue. Unlike the rabbis who preceded him, Rabbi Krass preached exclusively in the English language. He was a staunch supporter of Hebrew Union College and was the first Central Synagogue rabbi to be educated there. 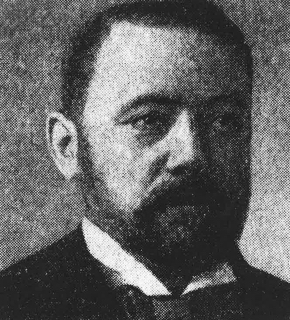 Isaac S. Moses came to the merged synagogue of Ahawath Chesed Shaar Hashomayim in 1901. His early years were spent as a religious teacher and then rabbi of a number of pulpits in the Midwest. He was our last rabbi to preach in German, although he also sometimes preached in English.

David Davidson served as rabbi to Congregation Ahawath Chesed, and continued after its merger in 1898 with Shaar Hashomayim until 1901. 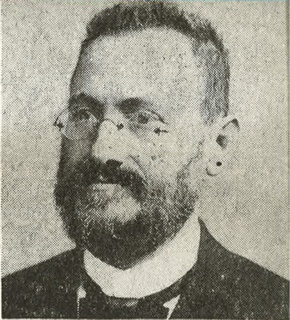 Alexander Kohut came to Ahawath Chesed in 1885. He championed the Conservative position, serving as a professor of Talmudic methodology at the Jewish Theological Seminary. In his desire to make the pages of the Talmud accessible to Jews and non-Jews alike, he compiled a Talmudic lexicon known as Aruch Completum, which was supported by the Ahawath Chesed congregation. Rabbi Kohut was a scion in a family lineage of noteworthy rabbis that included Rabbi Israel Palota (his great-grandfather) and Rabbi Amram aka “The Gaon” who died in Safed, Palestine, where he had spent the last years of his life. 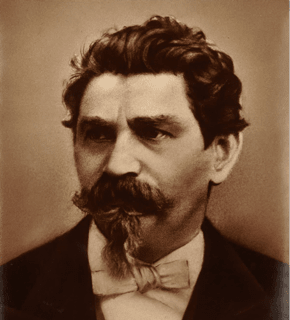 Adolph Huebsch was the first rabbi of our founding synagogue Ahawath Chesed (Love of Mercy), established in 1846. He immigrated to America in 1865 from Bohemia, where he had fought against tyranny and oppression. He stood with Rabbi Isaac Mayer Wise at the founding of the Hebrew Union College in Cincinnati in 1875. Rabbi Huebsch developed the prayer book used by Ahawath Chesed, as well as by many other congregations. His rabbinate was that of a moderate reformer, who respected the past while being sensitive to issues of his time.

Solomon Sonnenschein, a Hungarian American, served as rabbi to the Congregation Shaar Hashomayim, one of Central’s founding synagogues, from 1895 to 1898.

Raphael Lasker was born in Zirke (now the Polish city of Sieraków) in 1838, and immigrated to the United States in 1858. He served as rabbi to Congregation Shaar Hashomayim from 1862 to 1871. 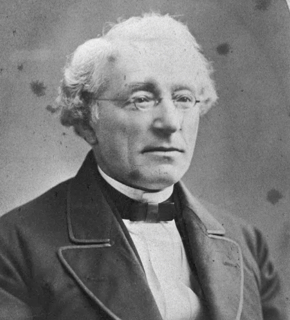 Max Lilienthal became the first rabbi of Congregation Shaar Hashomayim (Gates of Heaven) in 1845, shortly after arriving from Russia where he previously served several Jewish communities. Shaar Hashomayim was established in 1839, and up until Lilienthal’s arrival, had been led by lay leaders. Dr. Lilienthal was considered a “circuit rabbi,” as he was also a rabbi for New York City’s Anshe Chesed and Rodeph Sholom synagogues. As a rabbi he was interested in reforming Jewish observance and practice. In addition to overseeing bar mitzvahs, he introduced conducting confirmation for boys and girls and even a celebration for the 4th of July. In 1855, he went on to become an editor at The American Israelite and serve as rabbi of Congregation Bene Israel in Cincinnati, Ohio. Rabbi Lilienthal was also active in the movement to abolish slavery in the United States.