Home > About Us > Our History

Central Synagogue enjoys a vibrant history in New York City dating back to the early 1800s and we are proud of our rich and well-documented past.

Our archives contain thousands of historic documents and images, including Central’s original meeting minutes handwritten in German by our founders.

The guardians of Central’s history are the dedicated and knowledgeable members of our Archives Department. In partnership with Central Clergy and staff, congregants and archivists Anne Minnenberg, Amy Goldberger, Cathy Gollub, and Phyllis Loeb meticulously document, order, maintain, and continuously search through records that tell the story of our congregation. To request material or inquire about a specific part of Central’s history not found on our website, please contact the .(JavaScript must be enabled to view this email address). 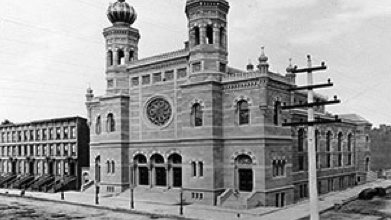 Central Synagogue was designed by Henry Fernbach, one of the prominent Jewish architects in America. 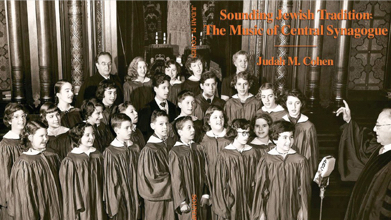 The Central Synagogue Archives Department’s monographs focus on several elements of the congregation’s history and the New York Jewish community. 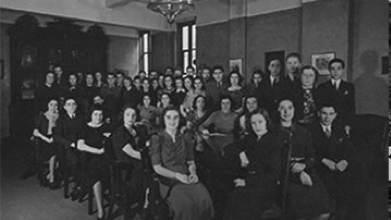 We invite you to peruse the indices of our minutes dating back nearly 200 years, and organized by date, subject matter, and participants. 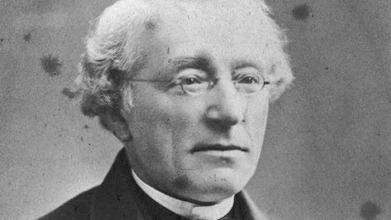 Learn more about the men and women who have led Central Synagogue and its parent organizations.

In the Ark of Central Synagogue’s main Sanctuary, there is one Torah scroll unlike any of the others. While all of these scrolls tell the stories of the Jewish people, only one has lived the darkest chapter of that history. This is Central’s Holocaust Scroll.

From the Lower East Side to Midtown

Our congregation began on Manhattan’s Lower East Side when our parent congregations Ahawath Chesed and Shaar Hashomayim were founded in 1846 and 1839, respectively, by German-speaking immigrants who hailed predominantly from the Czechoslovak area of Europe. By 1872, the membership of Ahawath Chesed had prospered and grown as the city’s population shifted uptown. When land became available at 55th Street and Lexington Avenue, the location was well suited to them.

With amazing courage and vision, the 140 families of Ahawath Chesed commissioned Henry Fernbach, a prominent New York Jewish architect, to design its synagogue to seat more than 1,400 persons. At its dedication in 1872, Rabbi Adolph Heubsch described the building as “a house of worship in evidence of the high degree of development only possible under a condition of freedom.” 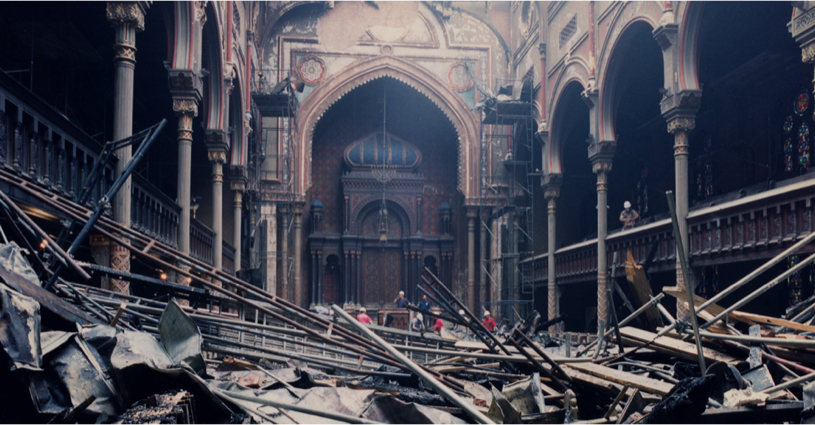 Our history includes devastation as well as celebration. On August 28, 1998, just as the congregation was preparing for Shabbat worship, a fire was accidentally ignited as workers were concluding a three-year renovation of the building. Gratefully, there were no serious injuries, but our synagogue space was devastated. The roof and several support beams fell, penetrating the sanctuary floor. The choir loft and organ were also lost. Our prayer books were severely damaged and were subsequently buried in our cemetery as our congregation mourned.

Miraculously, the ark was spared because it was under a separate roof. The Ner Tamid (Eternal Light) remained in place as did the mezuzah on the center front door where it remained throughout the reconstruction. Most of our ritual objects, including the Torah scrolls, had been previously removed from the building because of the renovation. Fortunately, we were able to rescue our Holocaust Torah scroll, which had been dedicated in memory of Jews who perished in the Holocaust. We are grateful to the New York City Fire Department, especially the 8th Battalion, for saving the cast iron columns supporting our building, the exterior walls, all the windows on the main and gallery floors (except one), and the rose window on the east wall over the choir loft.

New York’s political and spiritual leaders at the time, Mayor Rudy Giuliani, Governor George Pataki, Cardinal John O’Connor, and Cardinal Egan of the Archdiocese of New York, local clergy, and Jewish community leaders stood by Central Synagogue as we rose from the ashes. We also received support from religious and community leaders from around the world and were visited by many, including the Archbishop of Canterbury George Carey and the Prime Minister of Israel Benjamin Netanyahu.

On Sunday, September 9, 2001, the newly restored Central Synagogue was reconsecrated. Hundreds gathered along Lexington Avenue in front of our Main Sanctuary to be a part of the rededication. Two days later on September 11, our city was forever changed by terror attacks on Lower Manhattan.

15th Anniversary of the Rededication

With more than 2,600 families and members and nearly 700 students in our religious school, Central Synagogue is today one of the largest and most vibrant synagogues in North America. Central’s Friday night Shabbat services are typically attended by hundreds in person, and watched by thousands in more than 108 countries around the world via our livestream and the Jewish Broadcasting Service. Led by Rabbi Angela Buchdahl, the first woman to be named Senior Rabbi in Central’s 180-year history and the first Asian American to be ordained as cantor or rabbi in North America, Central continues to innovate worship and create transformative Jewish experiences through a practice of Reform Judaism that is constantly questioned and renewed.