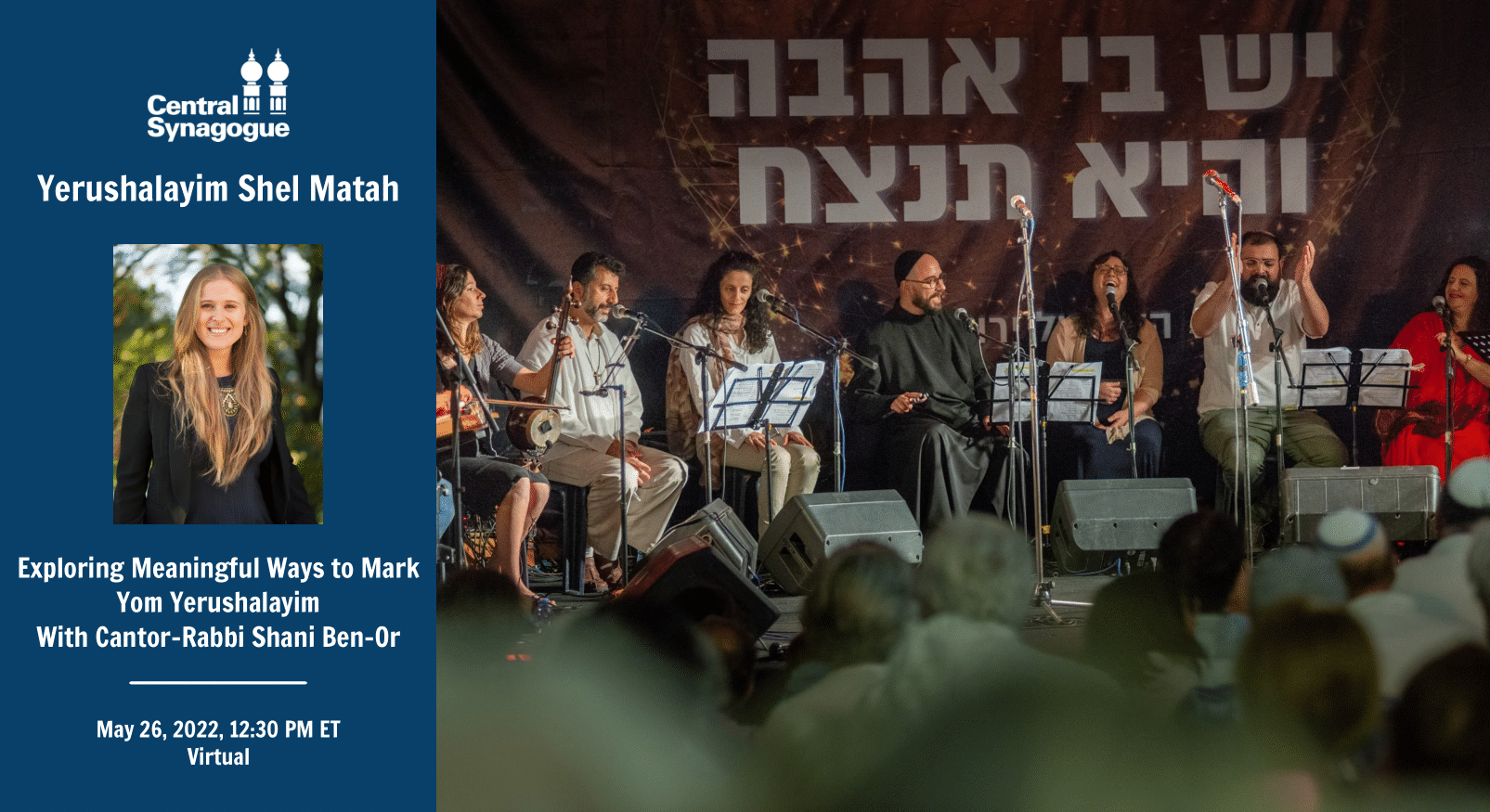 A year after the six day war the Chief Rabbinate of Israel organized a modest prayer service at the Kotel to celebrate the liberation of the old city. Little did they know that thousands of Israelis would spontaneously flood the streets of Jerusalem that day, and to find that their initiative was the only official ceremony to mark this historical event. From that moment on the narrative of the Chief Rabbinate framed what became in later years the official national holiday of Yom Yerushalayim.

This Yom Yerushalayim, Reshut Ha'Rabim (a forum of thirty-eight Jewish renaissance organizations in Jerusalem) will join efforts to explore new and exciting ways to mark Yom Yerushalayim. Together, they and we will reframe the narrative around Yom Yerushalayim, with an emphasis on the city's diversity and pluralistic potential.

Central Synagogue members and community are invited to join with Jerusalem's Kehilat Zion and Reshut Ha'Rabim for a special program on Zoom: 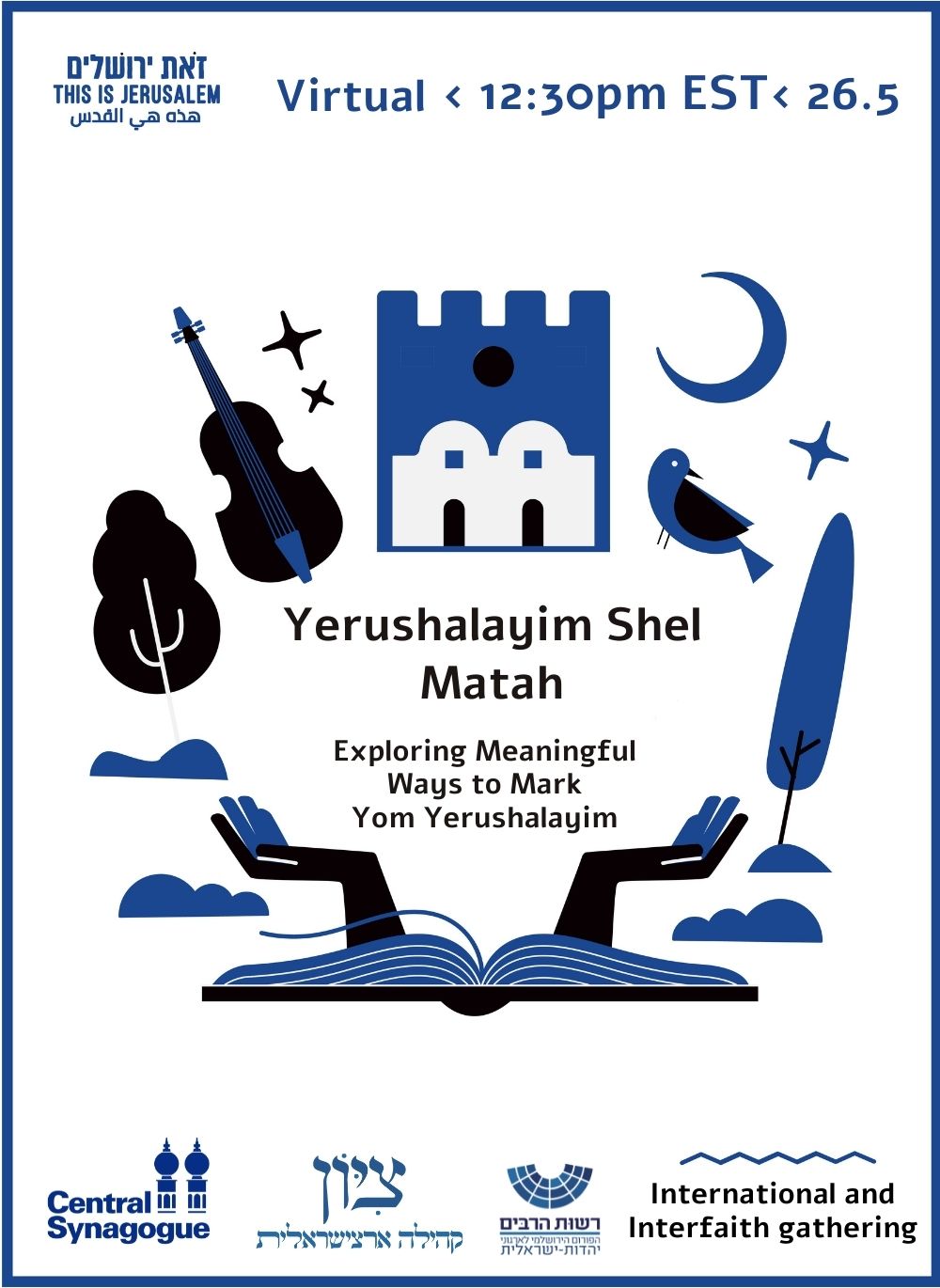