Homepage > Calendar > I’ll Have What She’s Having: The Jewish Deli

I’ll Have What She’s Having: The Jewish Deli 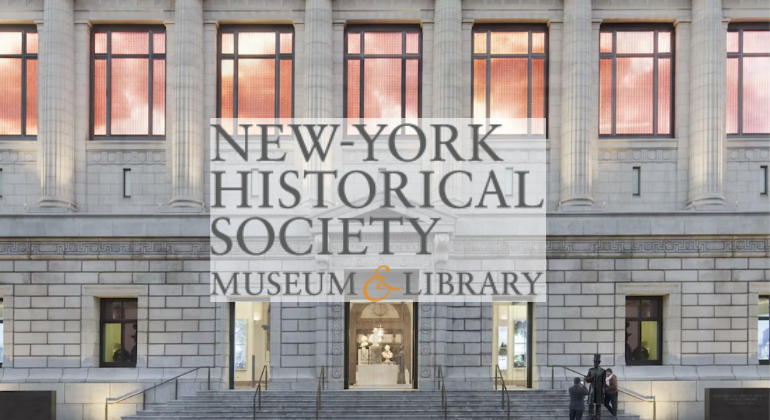 Join Rabbi Sarah Berman for a special trip to the New York Historical Society for a private tour of the new exhibition, "I'll Have What She's Having": The Jewish Deli. We will also see the objects lent by Central to the exhibition Our Composite Nation: Frederick Douglass' America. Space is limited to 20 spots, so it is first come, first serve.

"I'll Have What She's Having": The Jewish Deli

Organized by the Skirball Cultural Center, “I’ll Have What She’s Having”: The Jewish Deli examines how Jewish immigrants, mostly from Central and Eastern Europe, imported and adapted traditions to create a uniquely American restaurant and reveals how Jewish delicatessens became a cornerstone of American food culture. The exhibition explores the food of immigration, the heyday of the deli in the interwar period, delis and Broadway, stories of Holocaust survivors and war refugees who worked in delis, the shifting and shrinking landscapes of delis across the country, and delis in popular culture. On display are neon signs, menus, advertisements, deli workers’ uniforms, and video documentaries. The local presentation is enriched with artwork, artifacts, and photography from New-York Historical’s collection along with restaurant signs, menus and fixtures from local establishments, mouthwatering interactives, and a Bloomberg Connects audio tour.

In the late 1860s—at a moment of great hope for the promise of equality under the law—the famed orator and once-enslaved abolitionist Frederick Douglass took his “Our Composite Nation” speech on the road to argue for a plural American democracy. The mission of this new nation, he declared, was to provide the world “a composite, perfect illustration of the unity of the human family.” For what was the U.S., he said, but “the most conspicuous example of composite nationality in the world?” Based on the Pulitzer Prize-winning book, Frederick Douglass: Prophet of Freedom by New York Historical Scholar Trustee David Blight, this special installation features artifacts, images, and a theatrical design that bring Douglass’ compelling speech to life and explores his vision of freedom, citizenship, and equal rights that remains urgently relevant today, as a hopeful plea for America to live up to its founding ideals.

Understanding Gun Violence in NYC: What is Our Communal Responsibility?