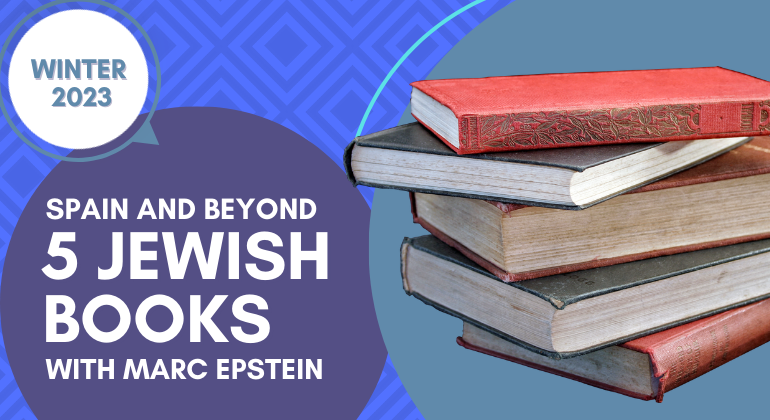 Join Professor Marc Michael Epstein, Scholar-In-Residence for Central's recent Spain trip, for an exploration of artistic production arising in Spain and beyond. This series will dive into various Jewish books as we explore together the history, experience, and visual culture of Europe’s Jews.
Professor Epstein is a beloved teacher at Vassar and beyond, and this opportunity to learn with him is not-to-be-missed.

Biography
Marc Michael Epstein, Scholar-in Residence for Central Synagogue’s amazing study seminar in Andalucia and Catalonia in Fall 2022, is Professor on the Mattie M. Paschall (1899) & Norman Davis Chair in Religion and Visual Culture at Vassar College. Marc was Vassar’s first Director of Jewish Studies and serves in that position today as well. He is also the Director of Beit Venezia, the home for International Jewish Studies, in Venice Italy. He is a graduate of Oberlin College, received the PhD at Yale University, and did much of his graduate research at the Hebrew University in Jerusalem. He has written on various topics in visual and material culture produced by, for, and about Jews. His 2011 book, The Medieval Haggadah: Art, Narrative, and Religious Imagination (Yale University Press) was selected by the London Times Literary Supplement as one of the best books of the year. His 2015 Skies of Parchment, Seas of Ink: Jewish Manuscript Illumination (Princeton University Press)—a magisterial large-format survey of the genre with over 300 illustrations in brilliant digital color—was the winner of the National Jewish Book Award. His most recent book, People of the Image: Jews & Art is due to be published by Penn State University Press in 2022. During the 80s, Epstein was Director of the Hebrew Books and Manuscripts division of Sotheby's Judaica department, and continues to serve as consultant to various libraries, auction houses, museums and private collectors throughout the world.